Are buildings alive? Of course, the answer is no, in the technical sense. That question, however, raises another: are buildings agents? In other words, are they active, do they affect and animate the world within which they exist, or are they simply passive structures to be used however their owners might desire? Annabel Wharton’s answer to this question is “yes.” Buildings behave in ways that shape the landscape, constrict movement, and communicate knowledge. 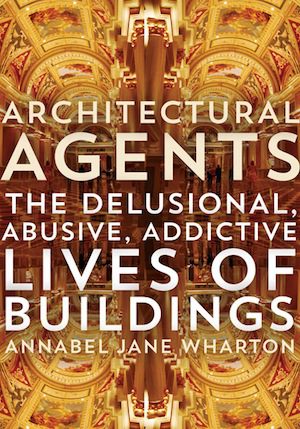 For Wharton, agency, as it applies to buildings, indicates the ability of a non-living thing to affect and animate its environment. In order to explain how buildings might be agents Wharton employs body metaphors. Like bodies, buildings, young and old, are met with a certain amount of expectation by those interacting with them. Young buildings, like young bodies, are expected to be strong, reliable, and vibrant. Conversely, old buildings might be leaky, frail, and decrepit. Wharton’s body metaphors also provide the organization for her book. Architectural Agents is divided into three thematic sections: Death, Disease, and Addiction.

In her section entitled “Death” Wharton examines two museums, the Cloisters in New York City and The Palestine Archaeology Museum in East Jerusalem. In the case of the Cloisters, Wharton argues that buildings can be victims of murder especially when their destruction is “brutal, undeserved, and concealed.” In the case of the Cloisters, numerous medieval buildings suffered violent fragmentation only to be reassembled into a medievalizing amalgamation that conceals the violent past of its parts under the guise of a coherent, planned, whole. The Cloisters are implicated in the cover-up as the building actively lies to patrons who believe they are glimpsing an accurate medieval structure. 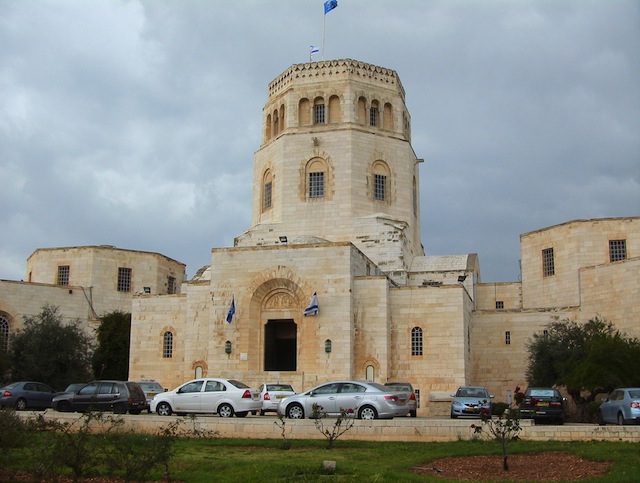 Similarly, the Palestine Archaeological Museum, once the agent of powerful patrons, in this case John D. Rockefeller, Jr., communicated an inaccurate western, colonial history of civilization. Now, however, it sits in a state of catalepsy. It is frozen in its 1930s form as the result of “state politics infected by old colonial arrogance and current religious and ethnic tension,” and its most important artifacts, the Dead Sea Scrolls among them, have been claimed as spoils for the Israeli state.

In her second thematic section, “Disease,” Wharton’s most compelling case study concerns the Hospital de los Reyes Católicos, now known as the Hostal de los Reyes Católicos. The Spanish monarchs Ferdinand and Isabella built the religious hospital turned hotel in 1486. As Wharton argues, hotels and hospitals are important agents of propaganda. As a hospital, the Hospital de los Reyes Católicos operated as an agent of the Spanish monarchy. The building’s propaganda connected the monarchy to the church’s charity work, while promoting amnesia in reference to the monarchy’s bloody crusade against the Moors, expulsion of the Jews, and utilization of the Inquisition. Similarly, as a hotel, converted and renovated during Franco’s fascist regime, the building sold the same false memory of a benevolent monarchy, thus connecting Franco with the “benign” rule of Ferdinand and Isabella. The building promoted a state-sponsored “false amnesia,” which attempted to erase the building’s bloody associations and construct a more kindly Spanish history. 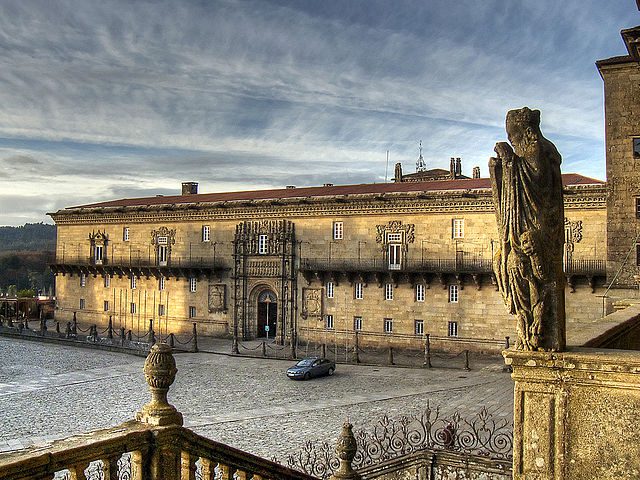 Entrance to the residence of the Catholic Kings, formerly used as a haven of refuge and a hospital for the pilgrims; now turned into a 5-star parador; Santiago de Compostela, Spain

Wharton’s most persuasive and fascinating example of how buildings act as agents comes in her third and final section, “Addiction.” Wharton examines the architecture of the Las Vegas Strip and the idealized, addiction-inducing spatial settings of video games. She finds that the buildings of the Vegas Strip perform in two ways. First, the exteriors act as cues, both triggering and promoting gambling addiction. Second, the interiors, once the gambler has conceded to a building’s calling, entrap the visitor and promote gaming.

In the visually stunning playgrounds of modern video games, such as Assassin’s Creed, gameplay provides the opportunity for virtual tourism, both spatially and historically. Similar to actual tourist itineraries, buildings within the game limit the player’s perceived freedom to explore the virtual city. Also, the game makers are not interested in the accuracy of the environments and buildings they construct.. Rather they reveal idealized modern conceptions of the past. The buildings act in a “picturesque” manner, drawing on elements that construct an expected, familiar, and digestible image of the medieval Holy Land. Historical reality is not the concern, only the illusion of realness. Wharton concludes by returning to material things. Her exploration of buildings as agents reveals her wider interest in understanding how “things” act in the world. In fact, generally if things act, they act badly. Just as pain makes people aware of their bodies, a roof is only noticed when it leaks. Similarly, buildings arrest our attention in nefarious ways. Modern society, however, no longer recognizes the power of material culture. For example, medieval pieces of dead holy people or holy objects, that is relics, were thought to possess power in and of themselves. Following the Reformation’s denigration of relics and renewed textuality, holy matter, indeed matter in general, lost power. A modern example of this shift in attitude is revealed in Chicago’s Tribune Tower. The Tribune Tower contains fragments of the world’s most important buildings and powerful places. Nonetheless, the tower’s powerful pieces, separated from their original context and without their authenticating descriptions, become simply architectural oddities and benign curiosities. Wharton’s book calls on us to think about how space and material objects influence human interaction, shape our lives, and reshape the past.

Wharton ends her book with a discussion of the theory that informed her study. For academic readers, leading with a discussion of theory might have been helpful. Her subject, however, is architecture and environment. Her approach and narrative style allows the buildings to drive the discussion, not the theory. The buildings speak for themselves in a sense. Organizing the book this way allows those that have not or will not engage with spatial theory to understand her arguments. For a highly theorized work it is wonderfully accessible. Understanding buildings as agents provides an analytical lens through which to explore the “lives of buildings” and by extension the situations and cultures that produced them.